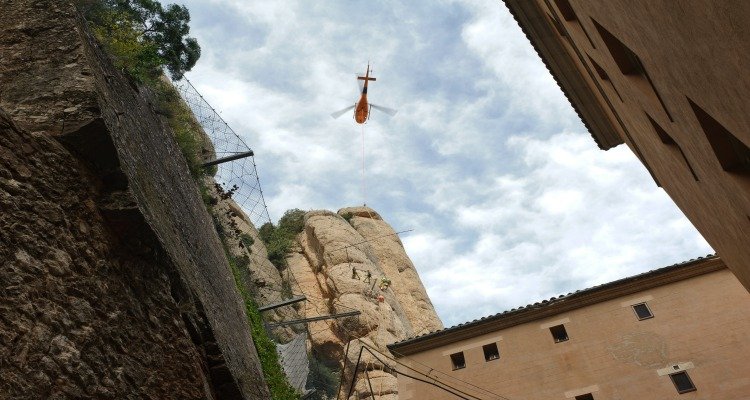 In INACCÉS GEOTÈCNICA VERTICAL, S.L. We execute  Works in  inaccessible places. Works such as photography in which we reinforce with rock anchors a rocky massif from the back of the Hotel Cisneros in the Muntanya de Montserrat, require the use of auxiliary equipment such as helicopters.

Once the rock anchors are drilled, the bars are placed and it is at this stage of the performance that a specialized helicopter company is required that can perform vertical work.

With continuous communication with emitter systems our operators coordinate with the pilot to execute the maneuver of placement of the bar and introduction of the same in the previously drilled ground. They are complex works that require a high degree of specialization.

The stabilization and reinforcement of the rocky massif in the spur origin of the detachment of the day 15 of December of 2010, affected to the dependencies of the Hotel Abad Cisneros, mainly the kitchen.

The works that INACCÉS GEOTÈCNICA VERTICAL, S.L. (Sanitation and light purge and point stabilization by means of rock anchors with steel rod and installation of steel wire mesh).

These actions were directed to control the detachments of blocks in unstable situation identified in the slope.

Structural reinforcement was also carried out for the rock spur, by means of steel bar anchors and reinforcement in the base with reinforced concrete.

The work is located in an environment of high mountain, with climatic implications that limited to a certain extent the seasonality of the works.

The terrain at work points is very rough, with steep slope, which required special work techniques.

As a consequence of the need for helicopter use and as a particular feature of the work, special consideration was given to the impact of wildlife on all others. Adapted the plan of the works to times where there was no nesting of birds and avoiding always flying with helicopter sensitive areas with the presence of birds to avoid excess noise. 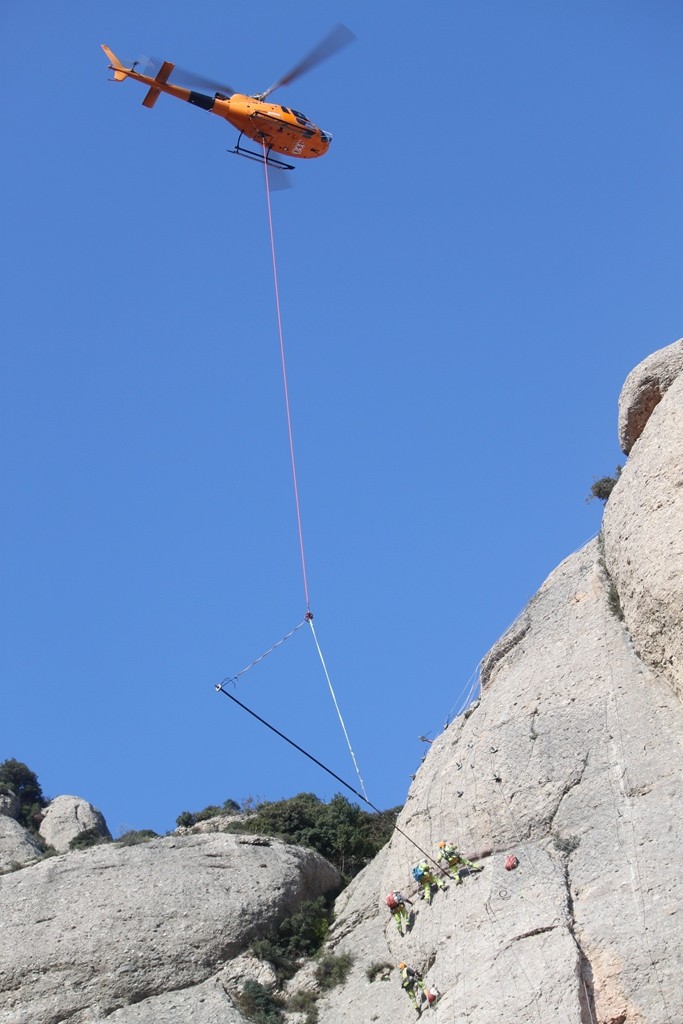 Inaccés Geotècnica Vertical, S.L., offers services of slope and ground stabilization and reinforcement, and protection against rockfalls and avalanches even in areas with extreme access. 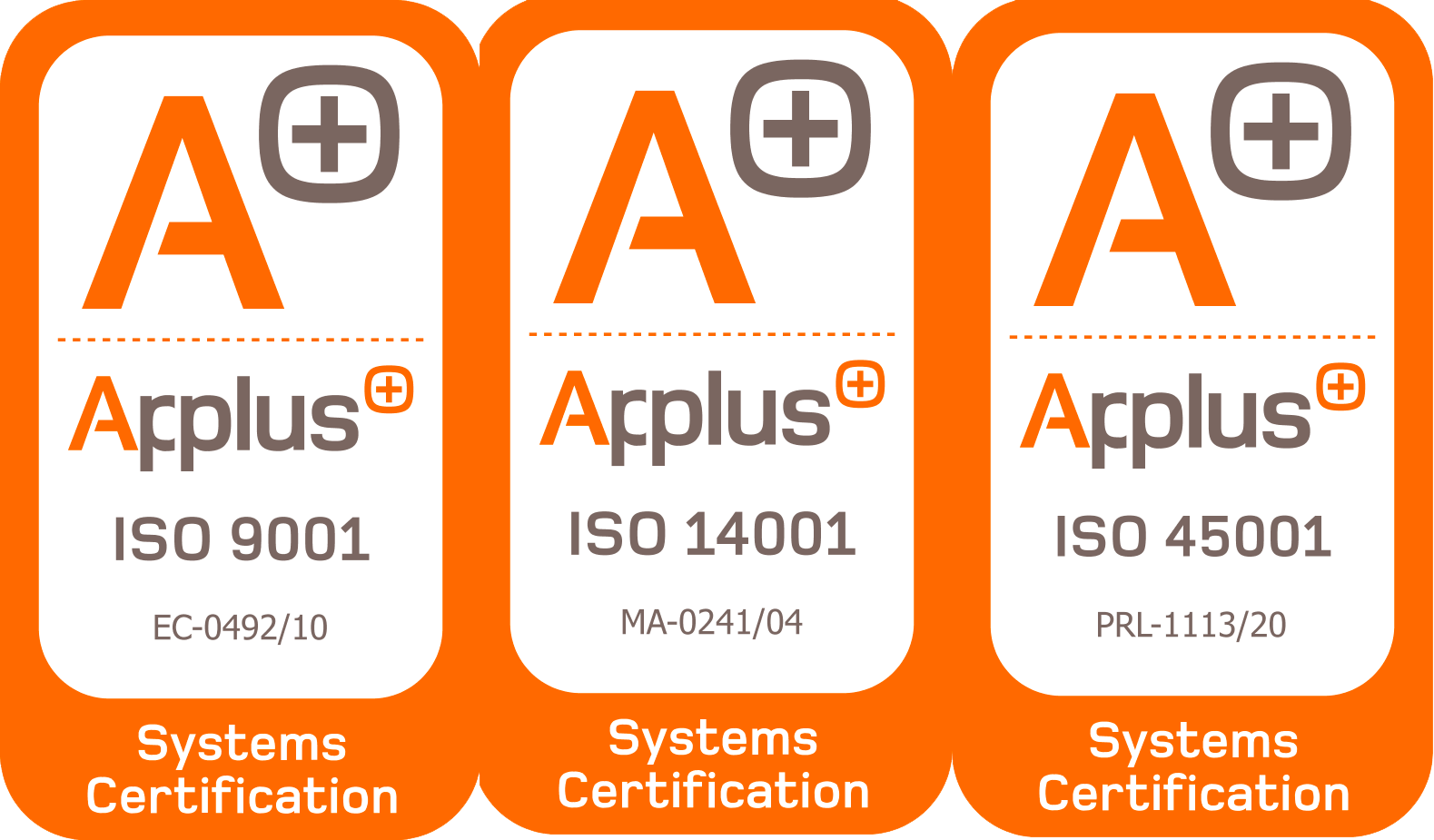